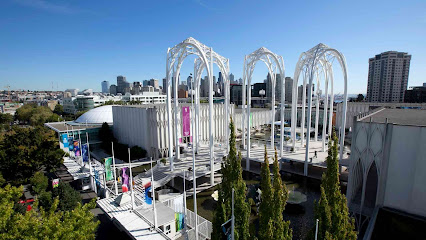 Pacific Science Center is a science museum in Washington with many hands-on exhibits for visitors of all ages to enjoy and learn from. It was founded in 1962 as part of the Pacific Science Association, which also operates the Pacific Northwest Ballet, Opera at Meany Hall, and Town Hall Seattle. Its mission statement is “to inspire a lifelong curiosity about our world through extraordinary experiences that integrate science, art, and culture.” Since it opened, the center has had more than 21 million visits, resulting in over 500 programs annually attracting people of all age groups! This center makes it one of the most visited spots near Downtown Seattle. You can spend some quality time learning new things along with your family or friends while exploring various topics such as physics, biology, chemistry, and mathematics.

Facts about the Pacific Science Center

Pacific Science Center is a hands-on museum, which means visitors can touch and explore exhibits.

There are over 800 different science experiments in the center’s hallways, theaters, and galleries to create an immersive experience for guests of all ages.

The IMAX Dome Theater has shown films such as “Tornado Alley” and “Journey to the South Pacific.”

“Science on Wheels,” a traveling program featuring live animals and interactive activities, will be coming this May through July 2018 throughout Seattle neighborhoods with free admission each time it stops by. Dates and locations are announced on the website.

Beyond just science, Pacific Science Center also hosts various exhibits and events throughout the year that celebrate creativity through art, music, and performance, including “Science in Wonderland,” which returns this summer from June 22nd to September 16th!
The center is housed in a large geodesic dome designed by architect John Graham Jr., also Seattle’s Space Needle designer.

Pacific Science Center is home to over 100 permanent exhibits opens daily for guest exploration. There’s always something new every time you visit!

“Science on Wheels,” a traveling program featuring live animals and interactive activities, will be coming this May through July 2018 throughout Seattle neighborhoods free of charge when it stops by dates and locations can be found here: pacificsciencecenter.org/education-programs/wheels-on-the-go/. Beyond just science, there is also plenty of music, art performances that celebrate creativity every summer from June 22nd until September 16th in the Science Center’s “Science Wonderland” exhibit.

The planetarium shows laser concerts during the summer months every Friday night at sunset, followed by a laser light show on the museum’s outer facade of the iconic blue geodesic dome building. Check out some different types of animals through their traveling program, “Science On Wheels,” that will be coming to Seattle neighborhoods throughout May until July 2018 for free when it stops by locations. The IMAX Dome Theater also features films about unique topics, including tornadoes and space exploration. At the same time, Pacific Science Center offers over 800 different science experiments in hallways, theaters, and galleries to create an immersive experience for guests of all ages. In addition, there are also permanent exhibits open daily with new things to discover each time you visit!

How to go to the Pacific Science Center

Pacific Science Center is conveniently located at 200 2nd Ave N, Seattle, WA 98109, United States, home to many other points of interest for your trip. To get there by public transportation, use Metro Bus route #30 or take the light rail (Link Light Rail) to the Westlake Station and walk south on Fifth Avenue North one block to Warren Ave N; turn left onto Warren Ave N. The Science Center is on the west side of Fifth Ave, between Thomas St and Broad St.

To get to Pacific Science Center by car from Interstate I-90 eastbound, take Exit #164B (Montlake Blvd NE). Turn left onto Montlake Blvd NE; turn right at Denny Way into Seattle Center.

From downtown Seattle or points south on State Route 99: Take Western Ave north one block past Broad St.; turn left onto Fifth Avenue North for half a mile until you see the science center signs directing you toward Warren Ave N.