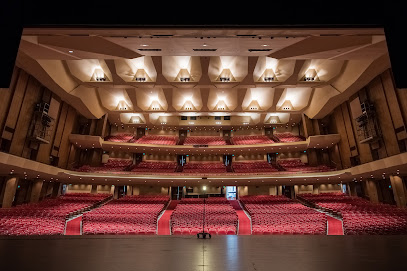 Keller Auditorium is a performing arts center located in downtown Portland, Oregon. The venue seats between 1200 and 1400 people and hosts various events, including Broadway shows, concerts, dance performances, and more. The Broadway productions that have been shown at Keller Auditorium include Rent, Wicked, and Jersey Boys.

Keller Auditorium is located near other famous sights in Portland. It is within walking distance of Pioneer Courthouse Square (on the corner of SW Broadway St & Yamhill St) and several museums like OMSI (Oregon Museum of Science and Industry), the Portland Art Museum, and more.

It was built as the original home of the Oregon Symphony Orchestra and named for its chief benefactor, Jack Keller. In addition to symphony concerts, it has been host to many other events with performers such as Bob Dylan, Leonard Bernstein, and James Taylor appearing there. The auditorium is known for its acoustics and large seating capacity.

The auditorium underwent a $30 million renovation after the Portland Symphony moved to The Arlene Schnitzer Concert Hall in 1984 and reopened as Keller Auditorium on September 25, 1985, with a gala performance by Marvin Hamlisch at which he received an award from Governor Neil Goldschmidt.

The location of Keller Auditorium is a great place to see your favorite show or event. It’s located in the heart of downtown Portland, so you’re just a short walk from other attractions like Pioneer Courthouse Square (on SW Broadway St & Yamhill St), museums such as OMSI Museum, The Portland Art Museum, and so much more.

If you’re looking for a fun night out in Portland, Keller Auditorium is worth checking out!

Keller Auditorium is located in downtown Portland, Oregon. It was built by local businessman Harry Mittleman and named after his wife, Evelyn Keller. The original building was a warehouse for the White Stag block of shops (located on SW Fifth Ave). In 1933, it began showing films but eventually closed down due to the Great Depression.

In 1935, the building was purchased by E.D. Etzel and Associates (an advertising agency), who then renovated it into an auditorium for performances. They also changed its name to “The Auditorium.” For many years, The Auditorium showed films and hosted various musical concerts, plays, ballets, and more.

Activities and Events at Keller Auditorium

The Portland Center for the Performing Arts is home to Keller Auditorium, a world-class performance venue. The auditorium has been host to many famous performers over the years and brings in top talent.

Broadway shows are the main attraction at Keller Auditorium, but that’s not all you can see. The auditorium also brings in dance groups, orchestras, and other kinds of performances. It also serves as the home for several performing arts organizations, including Portland Opera and Oregon Ballet Theatre. In addition to theater productions, there is often an eclectic mix of events, such as lectures and talks.

Lectures and Talks: various topics covered throughout the year.

Conferences and Conventions: various business and social events throughout the year.

Meetings, Retreats, and Conferences: Various groups and organizations use the auditorium for their events.

Other Events: The annual TED conference has been hosted at Keller Auditorium since 2006!

There is no doubt that the Portland Center for the Performing Arts is one of the unique venues in Oregon. A night here promises to be a memorable experience!

Things Not to Do at Keller Auditorium

What to Bring to Keller Auditorium

Tips for Attending a Performance at Keller Auditorium

The best way to enjoy a performance at the Portland Center for Performing Arts (Keller Auditorium) is to come early and explore all that it has to offer. You’ll want time before the show starts to check out what’s going on in the lobby, buy some snacks and drinks, and find your seat. The auditorium is an impressive space – be sure to take it all in before the show starts!

How to Get to Keller Auditorium

Keller Auditorium is located in downtown Portland, close to many other attractions. It’s easily accessible by car or public transportation.

There is a paid parking garage adjacent to the auditorium if you’re driving. Parking rates are $12/day, and the lot opens one hour before each performance. Street parking is also available, but be mindful of signs and other restrictions.

The closest MAX Light Rail station is Pioneer Place/SW Morrison, accessed from the Blue Line heading towards Gresham or the Red Line going to Beaverton Transit Center. You can walk there in about 15 minutes or take a bus that drops off nearby on SW Broadway. Several bus lines stop near Keller Auditorium.