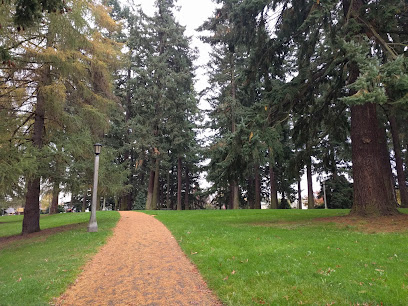 Creston-Kenilworth Neighborhood is a community in North Portland, Oregon. It comprises primarily single-family residences and duplexes with apartment-style units built to accommodate many young professionals seeking out this neighborhood for its proximity to downtown and access to public transportation. The Creston-Kenilworth Neighborhood Association has been working hard over the last few years to improve safety through increasing street lighting, adding surveillance cameras at critical intersections, hiring private security patrols, and organizing block watches.

The increased visibility and security have contributed to the increasing appeal of this community. Many people choose Creston-Kenilworth Neighborhood because it offers lower housing costs than nearby neighborhoods like Irvington or Hawthorne while maintaining a desirable location close to downtown Portland. Some residents value its affordability so much that they often stay in their homes for years despite having opportunities to purchase more expensive houses elsewhere.

The only downside is that there isn’t very much retail activity around here; however, anyone who works downtown can easily access shopping by taking one of the many buses that run up and down Martin Luther King Boulevard every day. While these public transportation options are convenient, some locals find them overcrowded when traveling during rush hour times, making getting across town quite a bit more complicated. However, Creston-Kenilworth is a quiet and serene place to live with very little crime.

The Creston-Kenilworth neighborhood in Portland, Oregon, is a historic district listed on the National Register of Historic Places in 1978. The district encompasses 212 contributing buildings, one contributing site, and two contributing objects. It includes Italianate, Queen Anne, Colonial Revival, Tudor Revival, and Craftsman architecture.

The neighborhood’s development began in 1892 when the first lots were platted. It increased after electric streetcar service arrived in 1895, and many of the larger homes were built between 1905 and 1915. The area declined in popularity after World War II but has seen a resurgence of interest in recent years due to its convenient location and historic character

The Creston-Kenilworth neighborhood is located in the southeast section of Portland, just north of Hawthorne Boulevard and east of Division Street. It is bounded on the north by SE 26th Avenue, on the east by SE Clinton Street, on the south by SE Holgate Boulevard, and on the west by SE 28th Avenue. The district includes 212 contributing buildings, one contributing site, and two contributing objects. Many of the homes in this area were built between 1905 and 1915. Some notable examples include:

The Creston-Kenilworth neighborhood is located in the Northeast section of Portland, Oregon. The area’s boundaries are NE 47th Ave to the north, NE Sandy Blvd to the east, NE Killingsworth St to the south, and Columbia Blvd to the west. This vibrant and diverse community offers many housing options, from historic homes on large lots to new construction apartments and condos.

There is a thriving business district along Alberta Street with restaurants, shops, and services catering to everyone from families with young children to hipsters looking for the latest fashion trends. And don’t forget about all of the great parks! Laurelhurst Park, Irvington Park, and Grant Park are just some of the favorites in this area. With easy access to public transportation and only a short commute to downtown Portland, this is an ideal location for those who want it all.

Many people who live here see their home as an investment rather than just something they use for shelter on a day-by-day basis. Other residents value living close to downtown Portland or having easy access to mass transit options like TriMet light rail service at nearby Division Street station only one block away can be appealing compared with other areas where there is more space but no quick way into town via public transportation.

The predominant languages spoken in Creston-Kenilworth are English (98%) and Spanish (0.81%). The median household income was $52,471 in 2016. The most common occupations were Sales and Related Occupations (19%), Management Occupations (13%), and Business and Financial Operations Occupations11%).

According to Trulia, as of March 2018, home values in Creston-Kenilworth have increased by 15.0% over the past year. The average list price for a home in this neighborhood is currently $449,000, while the average sale price is $445,000. Keep in mind that these prices will vary depending on the size and condition of the property.

Many amenities nearby include grocery stores, restaurants, schools, and parks. One of the closest grocery stores is Safeway, located on NE Fremont Street. There are many restaurants nearby, including El Nutri Taco and New Seasons Market.

The Creston-Kenilworth Neighborhood has several public schools that serve students in this area, such as Jefferson High School and Summit K-12 School. Additionally, there are numerous parks within walking distance from residents’ homes throughout Portland, Oregon, including Columbia Children’s Arboretum Park and Mount Tabor Community Garden Park.

The Creston-Kenilworth Neighborhood has a lot to offer residents and visitors alike! If you’re looking for a great place to live or spend some time in Portland, be sure to check out this fantastic neighborhood!

Activities and Events in Creston-Kenilworth Neighborhood

The Creston-Kenilworth neighborhood is a great place to live if you love spending time outdoors. The area is home to several parks, including the famous Lair Hill Park, which offers plenty of space for running, playing, and enjoying the view of downtown Portland; if you’re looking for something a little more active, head over to the Oregon Zoo or take a walk or bike ride along the Willamette River Greenway.

There are also plenty of events and activities in Creston-Kenilworth throughout the year. From art walks and farmers’ markets to holiday celebrations and concerts in the park, there’s always something fun going on. Be sure to check out the calendar of events on the Creston-Kenilworth Neighborhood Association website to find out what’s happening in the area.

Is Creston Kenilworth a good neighborhood?

There is no easy answer to this question. The Creston-Kenilworth neighborhood in Portland, Oregon is a mixed bag – some people love it, others hate it. It depends on what you’re looking for in a neighborhood.

Some of the pros of living in Creston Kenilworth include its location close to downtown and all that Portland has to offer. It’s also a very diverse neighborhood, with people from all walks of life calling it home. If you’re looking for an exciting and eclectic place to live, Creston-Kenilworth might be perfect for you!

On the other hand, there are some cons to consider as well. The biggest one is probably the fact that the neighborhood is in flux – it’s constantly changing, not always for the better. If you’re looking for a stable, predictable neighborhood to live in, Creston-Kenilworth might not be suitable for you.

So, is Creston Kenilworth a good neighborhood? It depends on what you’re looking for. If you want a vibrant, diverse community with plenty of things to do nearby, then yes – it can be a great place to live. But if you’re looking for stability and predictability, there are probably better options out there.