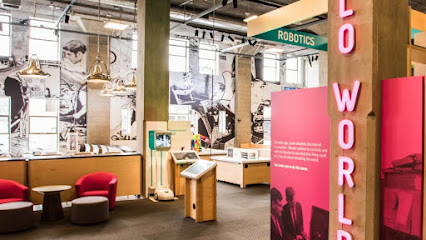 Do you want to see the first computer that had a mouse or the world’s most extensive privately-owned video game collection? If so, then visit Living Computers: Museum + Labs. This museum is home to over 25,000 square feet of exhibits and artifacts from the history of computing. From an early 1900s player piano to a working NERVOUS system for controlling computers with your brain waves, this place has it all! Learn about how technology changes our lives every day at this fantastic museum in Seattle.

The founder of Living Computers: Museum + Labs in Seattle, WA, is a man named Paul Allen. He was one of the founders and owners of Microsoft Corporation and an entrepreneur and investor who became extremely wealthy during his business ventures with Bill Gates. In 1979 he co-founded Microsoft along with Bill Gates after dropping out of college because it had become too much for him to handle at that time. Before starting up this new company, they worked together on developing computer languages which then turned into their first product called “BASIC interpreter” before moving onto electronic computers and software development afterward. Because Paul Allen could afford to do so, he decided to take risks by investing money into Amtrak (a railway company) and a movie studio in Hollywood. He was also one of the founders of an organization known as “The Allen Institute for Brain Science” which is a non-profit research institute that studies brain science, mental health conditions, and diseases such as Alzheimer’s disease with their own money to help find cures or treatments for them when it comes down to finding medical solutions especially because they don’t have much government funding like other organizations do even though every year they receive donations from outside sources. In addition, he has donated large amounts of money to different charities across Seattle, including giving 100 million dollars towards building a larger ferry terminal at the Washington State Ferries department by making sure that there were larger public spaces within it so that the employees could enjoy their work or time while there.

Living Computers: Museum + Labs first opened its doors to the public on November 13th, 2012, after Paul Allen spent six years of his life working with a non-profit organization called “The Living Computer Museum,” which was initially created by friends that he had worked together with back when he was at Microsoft Corporation. There are many different exhibits located within it, including a show for kids where they can learn about how computers have evolved since people used to use punch cards just like what The U.S Army did during World War II so that information would be sent across telephone lines without any problems occurring because data loss might happen if something went wrong such as a computer failing to process the punch cards. There is also an exhibit where people can play with old hardware and software from different eras of computing history. Paul Allen believes that it’s essential for them to understand how technology works or has developed over time instead of only learning about modern-day techs like smartphones and tablets. Even Bill Gates himself would stop by Living Computers: Museum + Labs in Seattle, WA when he was still alive ever since they were both developing computers back at Microsoft Corporation so that he could get his hands on some old kits like PDP-11 minicomputers, which are small machines that professional engineers use to program larger mainframe systems often found inside big corporations.

Living Computers is a computer and technology history museum. Visitors can play vintage video games, take self-guided tours through periods in computing history, or tinker with hands-on activities for all ages. The facility has over 50 restored historic computers, including an Apple I, Atari 800, Commodore 64.

There are many interactive exhibits throughout Living Computers: Museum + Labs in Seattle, WA like the one focused on Atari, which is a video game company that made different games such as “Adventure” and even those old school arcade machines where people can play Tetris or Pac-Man because Japanese computer scientists created them. There are also exhibits about other companies like Microsoft Corporation and Apple Incorporated, plus ones focusing on Steve Wozniak (co-founder of Apple) and his contributions to making their first personal computers back when he was still working with Steve Jobs during the early days of both hardware manufacturers. Even though there isn’t much space available at Living Computers: Museum + Labs, it doesn’t stop them from having various events throughout the year like Computer Science Education Week, where they teach children about the different ways that computers are used to make our lives easier while teaching them how to code. There is also an event called “Hour of Code,” developed by former Microsoft employees back in 2013. It has since spread out across schools all over America because people want future generations to understand coding languages like Javascript, HTML, CSS, Python, or Ruby programming languages plus other ones such as Java or Swift (used on Apple devices/hardware).

Things to do in Living Computers: Museum + Labs

Explore the entire museum, including every floor of both buildings. There are 15 floors of exhibits at LCM+L! You can’t miss some cool stuff if you don’t go everywhere.

Bring your mobile device and headphones so that you have an audio tour for all 100+ exhibits on site. Living Computers has an extensive digital archive that you can access onsite with your device.

Be spontaneous! Immerse yourself in the museum experience, and do not be afraid to let out a yell or cheer when something extraordinary happens (or doesn’t happen…). Living Computers is about challenging the notion of computing as a serious business, so have fun!

Watch a live code or robotics demonstration at their theater.

Play vintage video games with your kids in their Game Lab.

Learn how to work a binary code in their Binary Revolution exhibition.

See the computers from Star Trek and other science fiction films at SciFi Film Festival.

Things not to do Living Computers: Museum + Labs

Do not call ahead to confirm that a specific exhibit or program is running.

Do not ask for an audio guide if you plan on using your mobile device to listen instead.

Do Not expect a quiet, peaceful environment where everyone whispers and tiptoes around the exhibits not to disturb those around them. 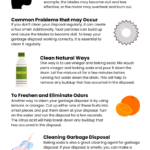