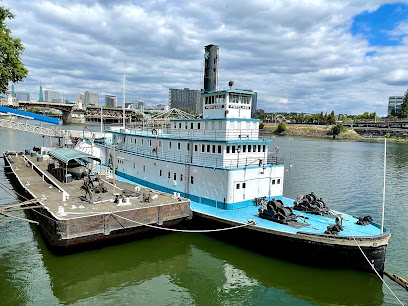 The Oregon Maritime Museum is an excellent place to learn about the maritime history of Oregon. The museum has a collection of model ships and historical artifacts from Native American tools used for fishing or hunting up through modern-day cargo ships. Over

If you’re visiting Portland with kids, the Oregon Maritime Museum is a great place to visit.

The Oregon Maritime Museum was founded in 1962 by Rear Admiral James Robert “Duke” and Mrs. Helen MacMillan as the Pacific Northwest Maritime Center. The museum is housed in a building once used as the customs house for the Port of Portland. The building was built in 1908, and the art nouveau style of architecture is unique.

The museum changed its name to the Oregon Maritime Museum in 1988. The museum has been expanding ever since and now occupies two buildings on the riverfront. In 2012, the museum opened a new exhibit called “Tugboats: Workhorses of the River.”

The museum has several exhibits. One is about the history of shipbuilding in Portland and includes a sailing brig model built here in 1848. There’s also an exhibit on life aboard merchant ships, which contains models showing different kinds of quarters for officers and crew. There’s also a replica of the Peacock, an 1816 British warship built in Maine and used to fight against pirates in Asia.

Perhaps one of the most exciting exhibits is about navigation. The exhibit shows visitors what it would have been like for navigators using just their sextant and chronometer to guide ships through dangerous waters. The exhibit includes an Oregon model, one of nine Coast Survey vessels used until 1970 to map the coastline and produce charts for mariners.

There’s also an exhibit about life aboard merchant ships in World War II that shows what it would have been like onboard these cargo vessels during the war. The exhibit includes several artifacts from that time, including life jackets, emergency rations, and a sailor’s diary.

Oregon Maritime Museum is also home to the most extensive collection of maritime art in the Pacific Northwest. The collection contains paintings, prints, models, and sculptures that depict different aspects of maritime history.

Oregon Maritime Museum is a great place to visit if you’re interested in the maritime history of the Pacific Northwest. The museum has exhibits on shipbuilding, navigation, and life at sea, perfect for kids. There’s also a replica of a 19th-century sailing vessel they can tour.

What to See at Oregon Maritime Museum

Oregon Maritime Museum is located in the heart of Portland, Oregon. It’s a maritime museum with artifacts from ships that have sunk off the coast of Oregon and Washington State over time. Also on display are hundreds of retired commercial fishing vessels. If you visit this place, you will also see many models showcasing various ship types and life-saving equipment and tools. The Oregon Maritime Museum is a place for learning about the maritime history of the Pacific Northwest region. It’s also great for kids with interactive exhibits and plenty of things to explore!

Oregon Maritime Museum is a great place to spend the day with your family. There are exhibits, educational programs for kids and adults, tours of the building, and other special events throughout the year.

The museum has activities scheduled during winter holidays like Christmas and Hanukkah where visitors can meet famous maritime characters from literature or listen to stories about the history of ships and seafarers. In June, there’s also a pirate festival where visitors can learn all about pirates’ lives, listen to sea shanties, and meet some famous buccaneers like Blackbeard!

Things to Do at Oregon Maritime Museum

Educational Program: There are many educational programs at the museum that you can participate in with your kids. These programs offer a variety of topics, including fishing and maritime history.

See all exhibits: Check out what you can expect from the museum’s tour, including some of their most popular attractions. Kids will love plenty of things here, so don’t forget your camera for those must-have pictures!

Tour the museum: The Oregon Maritime Museum has a lot of history and its buildings to show off. Regular tours will take visitors through both areas, so make sure you don’t miss out on these fun things to do in Portland, OR.

See the ships: There are two historic vessels on display at the museum. There’s a tugboat called Portland, and it was built in 1912. The other is docked right outside the main building, so you don’t even have to go inside! It’s an iron steam schooner used to transport lumber up and down the coast.

Things Not to Do at Oregon Maritime Museum

What to Bring to Oregon Maritime Museum

How to Get to Oregon Maritime Museum

The Oregon Maritime Museum is located on the south waterfront in Portland, near Tom McCall Waterfront Park. You can get there by car or if you’re visiting Portland with kids, taking public transit is an excellent option because it’s close to numerous bus stops and MAX Light Rail stations. The museum also offers limited parking.

By car: This is an easy one! Just take Highway 26, and you’ll end up right in front of the museum’s building on Macadam Avenue. There are a couple of paid parking lots available, but they usually fill up fast, so make sure to allow enough time to find a spot.

By bus: The TriMet buses have several stops close by, including one on the corner of Macadam and Taylor Street (Stop ID: 15503). If you’re coming from downtown Portland, it’s just a few blocks east on the Morrison Bridge.

By bike: There are plenty of bike racks available right in front of the museum. You can return your bike at any time without being charged, so it’s a great way to get around when you’re visiting Portland!

By water taxi: Several docks will take visitors right up to the entrance of the Oregon Maritime Museum. Just look for signs with their logo or ask around for more information.

By Allstate: The coast guard boat of the same name is on display at Oregon Maritime Museum, so stop by and see it up close! There are also several other boats near Portland’s Willamette Riverwalk that you can visit while you’re here. Don’t forget to check out our website for more information on these attractions and others in the Portland area!

Hours: Monday-Saturday from 11 am to pm and Sunday from 12 pm to pm.

Admission: $12, $11 for seniors and veterans. Admission is accessible on the first Thursday of every month from pm to pm