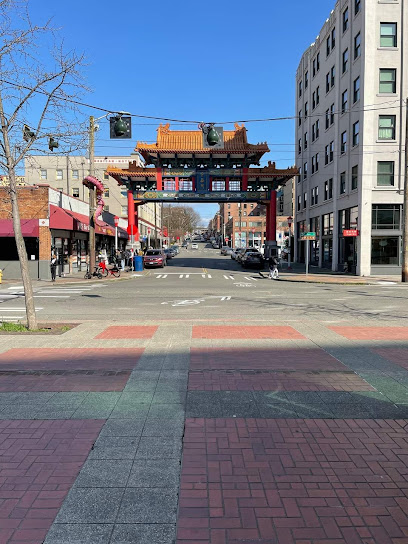 The International District is one of Seattle’s most diverse neighborhoods and was initially established for Asian immigrants to live. It has the largest population of Vietnamese Americans outside of Vietnam, and it is home to many other Asian cultures, including Chinese, Cambodian, Filipino, Japanese and Korean. The neighborhood features some great restaurants with traditional dishes from all over Asia!

About the International District Seattle Neighborhood

International District is home to many different Asian cultures, from Chinese to Vietnamese and everything in between. Many people who live here have been living here for generations, while others come from worldwide looking for opportunities that Seattle provides. There are beautiful historic buildings and parks scattered throughout this neighborhood, making it a great place to visit or even raise a family. Its easy access by bus makes getting around very convenient while still being close enough to downtown Seattle. There is plenty of shopping and entertainment available along with sports venues such as Century Link Field and Safeco Field if you’re into sports! The International district Seattle Neighborhood has something special waiting for everyone, so be sure not to miss out on what this fantastic neighborhood has to offer.

The International District was initially constructed around Yesler Way (now known as First Avenue South), which at one point served as a rough boundary between European settlers and Native Americans during the mid-1800s. Still, it later became home to Chinese immigrants who came to work on farms following the completion of the Northern Pacific Railroad route through town in 1883. After completing railroads across California, many Japanese laborers arrived in 1905, while significant immigration from Korea began around 1910. The first Filipino immigrants to come on the West Coast arrived at Seattle’s Yesler Way dock in 1907, soon after Washington became a state.

Today Although Asian Americans have worked for decades to be recognized as part of the fabric of America, they often had no choice but to live separately from other groups until well into the 20th century because laws limited their living areas and economic opportunities. Working with African-Americans who also faced similar challenges enabled Chinatown – International District community members to address social justice issues together over time. During World War II, residents endured forced removal not once but twice when Executive Order 9066 opened all people of Japanese ancestry up for incarceration based on race alone; every person was eventually released without charge or reparations having been paid.

Things To Do in International District Neighborhood

International District Seattle Neighborhood is perfect for anyone who loves experiencing different cultures. There are countless cultural experiences in the neighborhood that celebrates Asian cultures and flavors with festivals, parades, concerts, music performances, art exhibits, and more. Many delicious restaurants offer up some of the most authentic dishes, from Japan’s izakaya pubs to Chinese dim sum houses to Vietnamese pho noodle houses to Korean BBQ spots! You can even stop by one of our local coffee shops after your dinner or drinks for a cup of locally roasted organic brews made exactly how you like it. 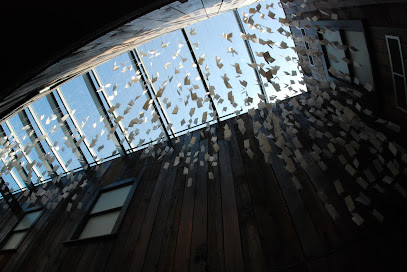 Seattle’s International District is home to many art galleries that feature works by local artists of color and rotating exhibits showcasing Asian culture and traditions through the lens of contemporary artists who capture different aspects from their own experiences growing up in America today. One such gallery worth checking out is the Wing Luke Museum of the Asian Pacific American Experience. They were founded in 1965 by an immigrant named Art Shinoda, who collected items from his childhood during World War II and opened up a small exhibit on Post Alley at Pike Place Market. Today it has grown into one of Seattle’s most beloved museums, with over 25,000 artifacts and works of art on display.

Seattle’s International District is home to the Wing Luke Museum. The museum was founded in 1965 by an Asian American immigrant named Art Shinoda, who collected items from his childhood during World War II and opened up a small exhibit on Post Alley at Pike Place Market. Today, it has grown into one of Seattle’s most beloved museums with a collection of more than 25,000 artifacts and works of art. It has moved to a new location on South King Street in the International District. It showcases rotating exhibits from its permanent collections and showcases Asian American culture through an interactive timeline representing over 100 years of history.

International District Seattle Neighborhood celebrates Asian cultures and flavors with festivals, parades, concerts, and more all year long! With countless cultural experiences to be had, there are so many options for food, too, including Japanese izakaya pubs serving some of the most authentically prepared dishes around town. After indulging in these tasty treats, you can stop by one of our local coffee shops, where they serve locally roasted organic brews made exactly how you like them. 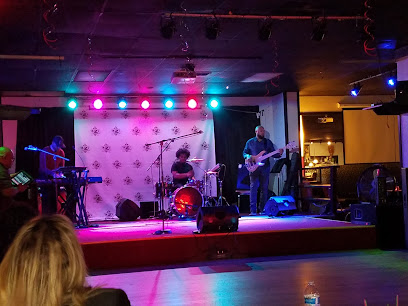 There are several theaters and performance venues where visitors can enjoy plays, dance performances, or concerts by international performers worldwide. One of Seattle’s most famous concert venues located in this neighborhood is The Royal Esquire Club, a historic building built in 1921 that hosts various shows every month, including jazz and blues bands, stand-up comedy acts, or even burlesque shows.

A popular place to shop in the International District is The Wing on South King Street, a store that offers clothing and accessories from brands worldwide with an emphasis on Asian trends. It also hosts events throughout the year where visitors can learn about different cultures through dance performances or other activities while purchasing goods from local artists of color.

The International District is considered by many locals and visitors alike as a must-visit place for delicious Asian food–especially dim sum, pho, sushi, and Chinese BBQ–, shopping for all budgets and tastes, exploring museums like Wing Luke (the first museum in the U.S. dedicated to Asian American history) or art galleries showcasing local artists of color, catching a show at theaters that host performances by international performers from around the world or learning about different cultures through festivals that celebrate each neighborhood’s roots every year.

This is the perfect place for anyone who loves experiencing different cultures with festivals, parades, concerts, and more here in International District Seattle Neighborhood! Many delicious restaurants offer authentic dishes that you can indulge in before or after stopping by one of our local coffee shops, where they serve locally roasted organic brews made exactly how you like them.

Facts about the International District Neighborhood

Seattle’s International District is located along the western shore of Lake Washington. Since its early days, the neighborhood has become an ethnic-cultural hub for Asian cultures and businesses, making it one of Seattle’s best neighborhoods to explore different cuisines and traditions. The name “International District” was initially coined in 1966 by local business owners working together to develop the neighborhood. Since then, it has come to represent a diverse community of people from different cultural backgrounds who have chosen Seattle as their new home.

Seattle’s International District is the historical heart of Seattle’s Asian community. From its origins as a small settlement for Chinese immigrants in 1870, it has grown to encompass an area six blocks wide and nine blocks long along Jackson Street between Fifth Avenue South and 20th Avenue South. The neighborhood was called “Japantown” until World War II – when Japanese-Americans were sent to internment camps. After that, the name changed to “International Center,” which it stayed up till today when there are many cultures within ID, including Asian cultures like Chinese, Vietnamese & Filipino people who still call this place home even when they travel abroad for work or pleasure during their free time or holidays due to how close all three countries are from Seattle.

Today, the International District Seattle Neighborhood is home to over 40 restaurants and grocery stores that are either Asian or multi-ethnic in cuisine style. There are also many art galleries on display during the First Thursday Art Walk. People gather for fun & community every month on the first Thursdays between April – September at various locations throughout ID. The best time to visit the neighborhood without hassle would be weekday mornings till early afternoon when it’s not crowded with locals who come here daily to shop for groceries, get their nails done, or pay bills while grabbing a cup of coffee since there are numerous cafes along the way opened late into the night serving up some unique, delicious treats you can’t find anywhere like Bubble Tea! It’s not a fun place to visit at night or on weekends when it’s filled with drunk people.

It is located in the heart of Downtown and can be accessed via streetcar, bus, bicycle & even by foot if you like exercising! If you want to drive here, avoid parking along Jackson Street since that’s where all traffic jams are during peak hours due to construction. Still, other streets around this neighborhood have free public parking available for anyone, including tourists who want to walk around town checking out some art galleries or grab their favorite cup of coffee while listening to live music being played over at one of many cafes.

There are many tourist attractions here, including Jimi Hendrix’s grave, Northwest African American Museum, and Wing Luke Asian Museum, founded by a Chinese-American lawyer who wanted to give everyone an insight into what it feels like living as a minority within America today. There is also The International Fountain located right outside Uwajimaya Food Court, where kids of all ages can play with water jets & even run around it while having fun playing tag or hide & seek games together. It’s genuinely one of the most exciting public spaces you will ever see! This area used to have an old shanty- feel about it before gang violence started in the ’90s, but thanks to Seattle Police Department efforts, now this neighborhood is safe for all people – especially women.

In the International District neighborhood, many events celebrate Asian culture. There is a festival every year called The Night of Chinatown/International District where people from all over can come and experience delicious foods and enjoy music and dancing. Another event is called the Lantern Festival on the same weekend, where people make lanterns and parade through the streets.

Another famous festival held every year is the Night Market, where visitors can explore Asian street foods from countries like China or Thailand while enjoying live music shows and other performances on streets lined with vendors offering clothes, accessories, trinkets, and more.